John’s career has continued to grow and expand over the next nearly 3 decades, with new songs and recordings that have consistently received rave reviews. His live performances exhibit the hand of the master craftsman he has become, both moving and hilarious, with audience requesting countless of John’s original songs: songs that have become part of their lives, and standards in the folk cannon.

I’m sure most of you are familiar with John, but for those of you who are not, please check our our page at

I’m writing to let everyone know a couple of things.

1. I am working on Summer 2016 dates, all the way up to, and including, Summer 2017…and even beyond. As many of you know, John has always prioritized time with his family, and getting a concert with him is not always easy, or possible: he does a limited number of weekends of touring each year. He does like to play new places, and tries to get back to markets where he is popular in a timely way. Please let me know if you’d like to schedule something with him in the next 18 months, and I will do my best to find a date for you. Summer 2016 has some open weekends. Fall 2016 is getting pretty spoken for, but 2017 is still pretty open.

2. I started this out talking about John’s first recording. What most people don’t know is that he recorded another version of I” Know”, before he recorded the one that was released by Red House. That older version has sat packed away until a few years ago when John had it transferred from the original tapes and had a chance to listen to it again. He found that he really enjoyed it, and, with the advances in recording technology, he could fix the small things that had bugged him about it initially. Now that it is up to snuff, John wants to get it out into the world! Red House Records is getting set to release it, with a tentative street date of April 2016. I, for one, can’t wait to hear those classic songs, done with different arrangements by the man who wrote them; and recorded when John was just beginning his career.

Thank you all for doing what you do to keep the arts alive in your communities; it really is a pleasure and an honor to be able to work with you. Looking ahead to 2016, may it be a great year for all of us!
Sincerely,
David 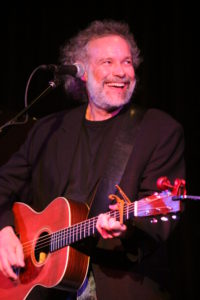