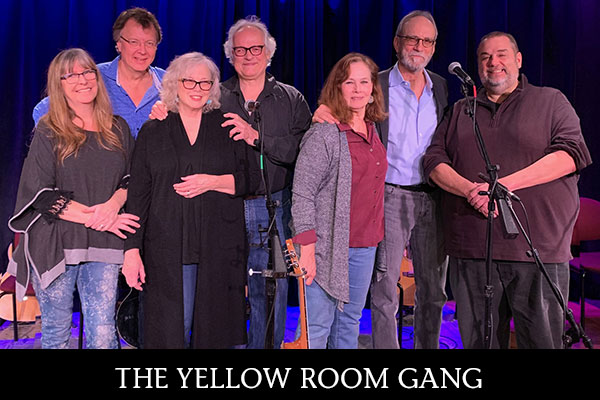 “Yellow Room Gang headlined our annual concert here at Grosse Pointe Unitarian and kept the audience spellbound and in awe for their entire 90 minute set. It was almost like they had never seen live music before, stunned at how good YRG was. Afterwards, the raves from the departing crowd were unanimous. The comment/question heard most often was, ‘When can we have them back again?’.” – Larry Peplin, On behalf of Concerts at GPUC, Grosse Pointe Michigan

The Yellow Room Gang is David Barrett, Jim Bizer, Annie Capps, Kitty Donohoe, Michael Hough, Jan Krist, David Tamulevich and Matt Watroba. In December of 2005, these 8 Michigan singer/songwriters gathered in the brilliantly yellow living room of David Tamulevich’s Ann Arbor home for the first time. They’ve been meeting monthly ever since, to share dinner, conversation and the newest song they have in the process for critique. Each an accomplished songwriter and performer in their own right, they create a unique atmosphere of respect and support, friendship and generosity finding new and unexpected ways to explore beyond their previous personal boundaries.

What began as a casual excuse to get together with friends has evolved into one of the most exciting ‘super groups’ to ever join forces on one stage.

While their individual shows are good, the synergy of the eight on stage together is nothing short of fantastic.” – Current Magazine 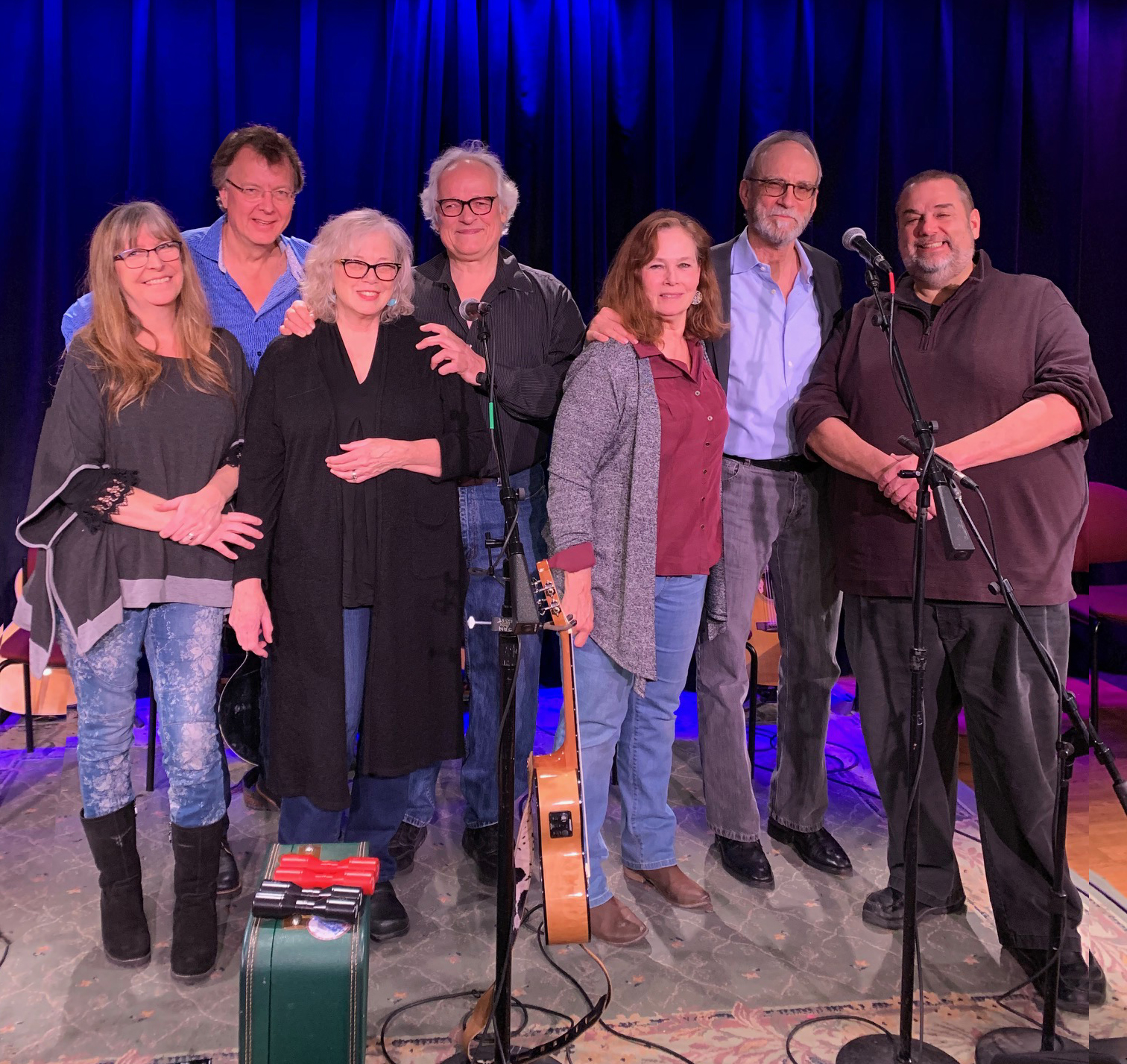